Connemara golf club is located in Ballyconneely 5 miles south of Clifden. The course lies on Slyne Head between the majestic Connemara Mountains and the Atlantic Ocean. It is one of the few authentic links courses in the world.  Originally opened as an 18-hole venue, Connemara Golf Links has offered 27 holes of sublime links golf since 2001.

The front nine is relatively flat and the rough is cut to a player-friendly height, but the dune-covered back nine features many more changes in elevation. The famous 13th is a testing par 3 over 200 yards in length, while the 15th has its green camped in the hills and can only be attacked by aerial assault and the green at the 16th is guarded by water.  The third nine, which plays along the shore, was added in 2000 to add another element to golf at Connemara. 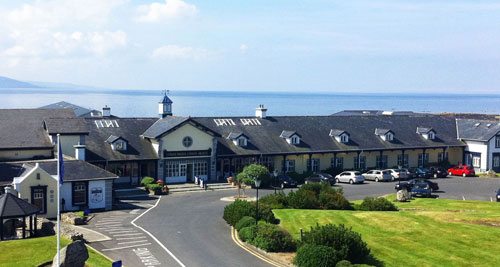 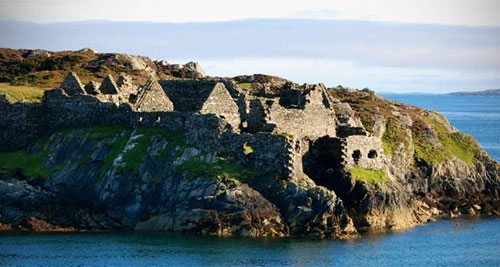 The Island of Inishbofin

Inis Bo Finne (Island of the White Cow) lies seven miles off Galway’s coast. The island is 5.7km by 4km. The main activities on the island today are tourism, farming and fishing. There are five townlands, West Quarter, Fawnmore, Middle Quarter, Cloonamore and Knock. It is estimated that Bofin was inhabited as far back as 8000–4000 B.C. It was used as a prison for catholic priests from all over the country after the English Statute of 1585 declared them guilty of high treason.

The Station House Museum is located on the site of the old Clifden Railway Station and provides visitors with a history of Clifden and its founder, John D’Arcy, the Connemara Pony, the Galway to Clifden railway line, Millars Mill and the first transatlantic flight, which was made by Alcock and Brown.