Italy has its first Golf Major winner after Francesco Molinari secured an historic 2 stroke win in breezy conditions in the final round of the 2018 British Open at Carnousite on Sunday afternoon.  The 35 year old held off all challengers in a top heavy leader board with a  bogey free closing round of 69 to finish two clear of a group of 4 players including American’s Kevin Kisner and Xander Schauffelle along with Justin Rose and Rory McIlroy.  The win was the 9th of Molinari’s professional career and his third this season after win’s at the BMW Championship in May and the PGA Tour’s Quicken Loans National at the start of July.  The European Ryder Cup star was tipped by a number of experts before the tournament due to this strong form which also saw him claim runner spots in recent European (Italian Open) and PGA Tour (John Deere Classic) events to go with the aforementioned wins above.

Despite producing his best major’s performance since winning the 2014 PGA Championship, Rory McIlroy had to be content with a share of the runner up’s spot after a closing round 70 which concluded with an eagle and 4 consecutive pars.   Tiger Woods rolled back the years somewhat to finish 1 shot behind the runners up in a trio including Eddie Pepperell and Kevin Chappell .  The week however belonged to Molinari who’s win continues the recent trend to the title going back and forth between Europe and the United States.

The exciting events of the past week have only increased the anticipation for the 2019 British Open at Royal Portrush Golf Club which see’s the event returning to the Island of Ireland for the first time since 1951 . 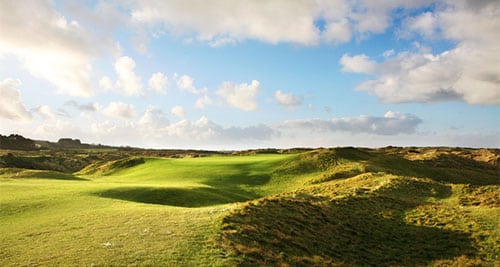