Royal Portrush Golf Club is home to one of the best and most challenging links golf courses in the world, the Dunluce Links, and the hidden gem, the Valley Links. It is situated on the beautiful North Antrim Causeway coast, with magnificent views in all directions. It is situated just outside the town of Portrush approximately 6 miles north of Coleraine and 63 miles north-west of Belfast City.   In July 2019 the Dunluce was the host venue for the 2019 Open Championship won by Ireland’s Shane Lowry.

The Dunluce Links at Royal Portrush Golf Club ranks among the world’s greatest courses. Thick rough and testing greens, combined with the unpredictable weather of the roaring North Atlantic make this course an admirable test for even the most seasoned golfer. The course is routed through rugged links land, and constantly changes in both direction and elevation, whilst all the time providing some of the most awe-inspiring scenery to be found in Ireland.

The Valley Course lies between the East Strand and the Dunluce golf course. As its name suggests, the course is situated between the huge sand hills immediately along the Atlantic shore and the higher ground on which the Championship course is laid out. The Valley has more than its fair share of the humps, hollows and undulations to be found on any links worthy of the name. This 6,304-yard, par 70 course is a very fine test of links golf, with the greens, in particular, every bit as well tended as on the Dunluce Course. 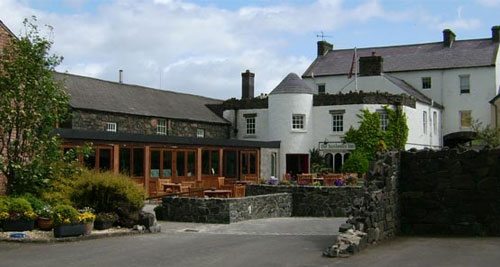 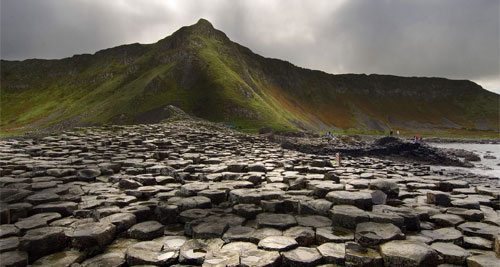 Portrush is located less than 6 miles from the village of Bushmills. Here you will find the Bushmills Distillery, Dunluce Castle and, a few miles further east, The Giants Causeway.

The Giant’s Causeway is one of Ireland’s most beautiful natural attractions which has been extremely popular with visitors as far back as the 18th Century. The Causeway is a formation of interlocking basalts which was created following a volcanic eruption that took place 60 million years ago. The Causeway ‘s origins are also detailed in Irish folklore for generations through the story of the Giant Finn MacCool. It is said that MacCool built the Causeway to allow him to travel across the sea to do battle with the Scottish giant Benandonner.  Various tours of the Causeway are available all year round and a newly refurbished visitor’s centre was opened in July 2012.

The course is located on the Causeway Costal Route. This 120-mile drive is peppered with unique attractions and idyllic towns and villages all set against some of the world’s most dramatic and stunning scenery.  A spectacular road trip that must be witnessed to be believed.

The K Club
Village of Straffan