Travel the path of golfing legend

One of the oldest Irish Clubs, having been founded in 1889 with the arrival of the trans-Atlantic telegraph cable from the United States.

After 80 years of play, the original nine hole course was redesigned by the famous Irish golf architect, Eddie Hackett and the late owner, John A. Mulcahy.

Today Waterville is truly mystical. The course gradually introduces the player to its special tempo and rhythm and concludes with a symphony of links beauty. From Henry Cotton to Mark O‘Meara and Tiger Woods, all have praised its perfection.

Stewart has a strong connection with Waterville Golf Links where he first played in 1998 while preparing for the British Open. He enjoyed the experience so much that he returned the following year to become a member.

Stewart’s affection for the course was reciprocated by Waterville and in September 1999 he accepted the club’s offer of honorary captaincy for the millennium year.

The richly wooded grounds for the golf courses were originally made available by Lord Castlerosse, an avid golfer, whose passion for horticulture manifests in the colourful and varied shrubbery throughout.

In 1991, after winning his first US Open, Stewart travelled immediately to Ireland in order to take part in the Irish Open which was being held at Killarney Golf Club’s Killeen course.

Despite not winning the tournament his unmistakable charismatic style and colourful dress made him a huge crowd favourite in Killarney. 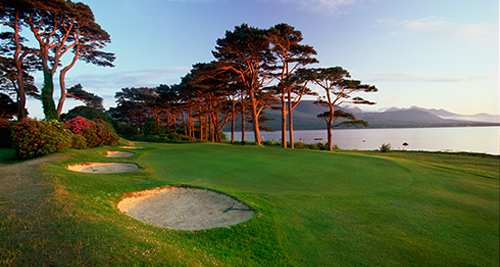 Killarney Killeen, venue of the 1991/1992 Irish Open Championship and host of the 1996 Curtis Cup, Killarney Mahony‘s Point greatly admired by the successful European Solheim Cup players during the ladies Irish Open 2002 are nestled amidst the serene splendour of the famous Lakes of Killarney in the shadow of the majestic Macgillycuddy‘s Reeks.

Accommodation can be added on request

We had a superb few days.

Course selection was excellent ( I met one of your colleagues at Killarney on the Friday) and both clubs were relaxed and welcoming.

Your accommodation section was also excellent. It was a great hotel, professional & welcoming staff and very well located in the centre of town.

We were a group of 19 and the feedback from all was very positive on the trip so thank you most sincerely for all your assistance in putting it together.

This is an annual trip & we would definitely look to use Swing again. 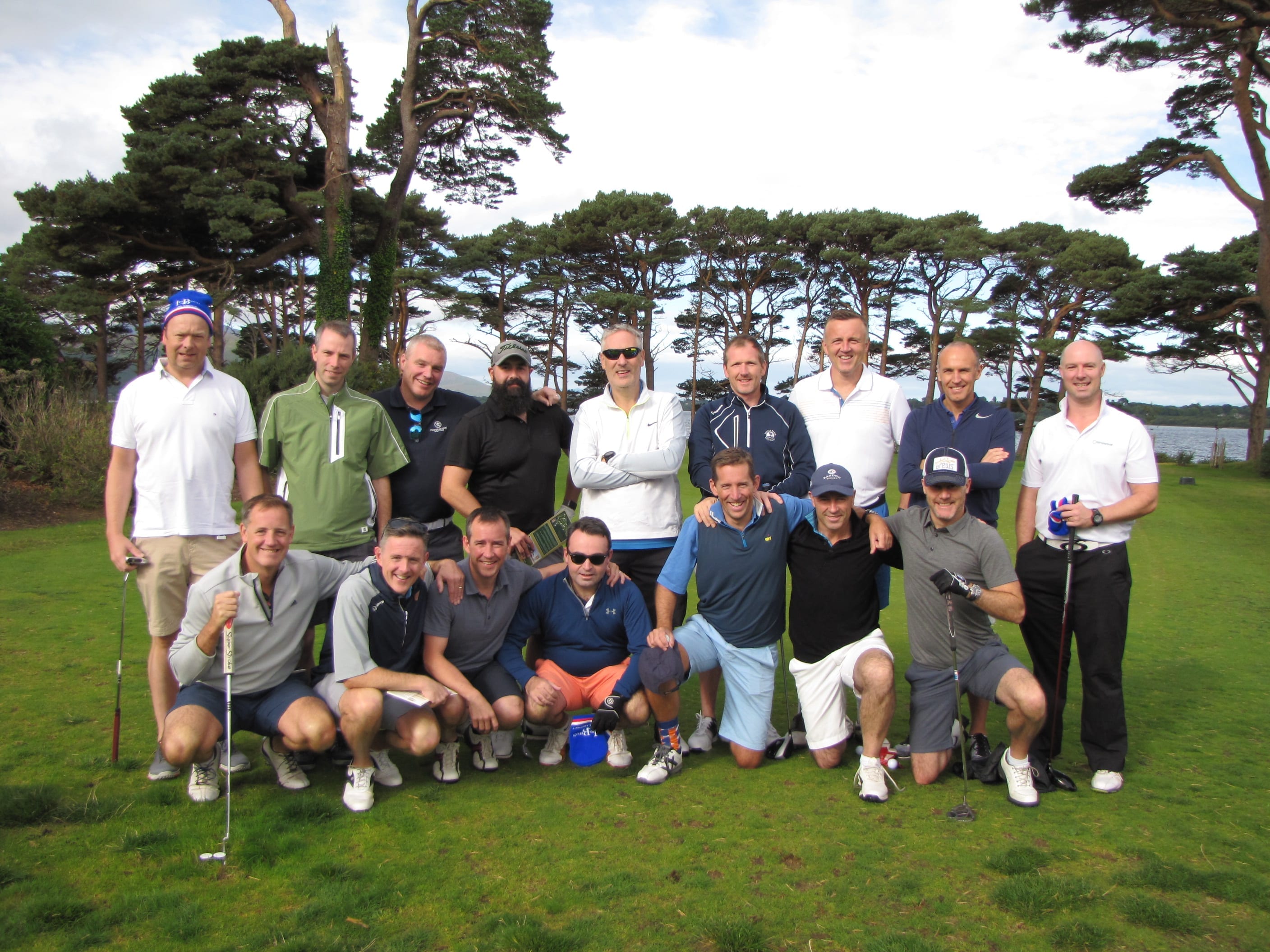 Just a quick note to say thank you for all your help with our trip last week.

We had a wonderful few days with warm welcomes in each of the golf clubs and even the weather turned up for us.

Apologies again for all the confusion leading up to our trip and your patience is much appreciated.

Planning for the next trip is already underway and I look forward to dealing with SWING in the future.

Apologies for not emailing you on our return.

Firstly, I’d like to thank you for all your work and for ensuring we had a great trip. Everything was seamless from start to finish.

Secondly, I need to compliant our driver for the day. He really made our day in Waterville memorable.

We would not hesitate in booking our next trip with you guys.

Waterville sits on the Ring of Kerry, a 179 kilometer-long circular tourist route that connects the village to Killarney, Kenmare, Sneem, Glenbeigh, Killorglin, Cahersiveen, and Caherdaniel.

Notable locations in the area include Valentia Island, Staigue stone fort, and Derrynane House, home of the famous Irish national figurehead Daniel O’Connell. Killarney National Park is an area of outstanding natural beauty that is popular among hikers and casual walkers alike. Areas to be discovered within include Torc Mountain, Torc Waterfall, Ross Castle and Ladies View.

Killarney has about 50 pubs offering all types of entertainment so its easy find a place to suit your tastes. It also has good local bars where you can mingle easily with the ‘Locals’, so it’s no wonder that this little town in the south-west of Ireland is one of the top destinations in the country!  From traditional Irish pubs to lively disco bars, Killarney is sure to not disappoint. Some of note would be The Dunloe, Murphys, The Tatler Jack, O Connors Traditional Pub, O Donoghues and The Danny Man which all offer traditional Irish music. Then you have the Failte, Foleys and  Reidys which offer Comtemporary music. You then have McSorleys, K town and The Grand that offer live bands and late night bars. Many local bars offer great sports viewing including McSweeney Arms and Speak Easy.

The selection of top restaurants would rival the bars, with options from Pub Grub to al-a-carte to fine dining, there is an option for every taste. The town lies adjacent to the boundary of the National Park on its north-eastern edge. Its name comes from “Chill Airne”, meaning “church of the sloe”, the original site of which is thought to be the location of the present-day St. Mary’s Church of Ireland.  The spectacular scenery of the area, particularly the lakes has been the basis of a tourism industry that has been operating in Killarney for at least 200 years.

The most impressive building in the town is the Cathedral, which was designed by Pugin and finally completed in the 1920’s after some eighty years of construction work.

Other popular attractions in the area would be Muckross House is a magnificent Victorian mansion completed in 1843 located close to the eastern shore of Muckross Lake and set beneath the impressive backdrop of Torc and Mangerton Mountains. The Garden’s surrounding the House are famed for their beauty and can be visited at any time.

Close to the House is the Muckross Traditional Farm, a working farm project that has recreated the Irish rural life of the 1930’s, prior to electrification. Another top attraction in the town would be Ross Castle, a restored 15th Century Castle, located on the banks of the Lower Lake. From here you can take a boat tour of the lakes which gives you a unique view of lakeshore and the islands.

– Promotion available through the SWING office only.
– All courses above must be booked to avail of the rate.
– Additional courses are charged at the normal rate.
– All courses subject to availability at the time of booking.